1. Who is the developer of the Project?
Retirement Housing Foundation (RHF) is a faith-based non-profit developer, associated with the United Church of Christ. Headquartered in Long Beach, California and in business since 1961, RHF has board members who reside in Hawaii. More about RHF at their website, www.rhf.org.
2. How did RHF get awarded the Project?
The project was awarded to RHF through a State-issued Request For Proposal (RFP) process on behalf of the Hawaii Public Housing Authority (HPHA) in which developers “apply” for the Project by submitting their qualifications and proposals on how they would develop and operate the Project. Because the conditions put forward by the State in the RFP are specific and binding, significant deviations from the conditions in the RFP are not allowed.
3. Who is working on the Project for RHF?

4. Has RHF done projects in Hawaii before?
Yes. RHF has developed Puahi Kapuna Hale and Philips Street Apartments. Both these projects are elderly affordable projects and still owned by RHF and managed by the operations arm of RHF, Foundation Property Management.
5. What is the HPHA site zoned?
Under the Honolulu Land Use Ordinance (LUO) the site area slated for the Project is zoned R-5 Residential. This is what typical single-family house lots are zoned. R-5 zoning normally limits building heights to 25’.
6. How is the Project going to be built if the land is zoned R-5?

In order to allow for the larger buildings required, several approaches are available to the Project. These include:

Interim Project Development –Transit (IPD-T). Under Ordinance 16-26, by virtue of its location in relation to the Kapalama and Iwilei Transit Stations, the Project may be subject to the zoning conditions normally applied to sites within Transit Oriented Development (TOD) designated areas. This Ordinance would allow for greater density and height than R-5 zoning allows.

HRS 201(h) Affordable Housing. This section of the Hawaii Revised Statutes (HRS), Division 1, Chapter 201(h), allows for increasing development standards (density, height, and other exemptions) beyond what is allowed under R-5 zoning, for affordable housing projects that meet the requirements of HHFDC and/or the City and County of Honolulu.

LUO Provisions for Elderly Housing. Section 21-5.610A of the LUO allows for increases in density and height for projects that provide housing for the elderly.

Each of these alternate approaches will allow for greater area density and increased building heights beyond what the current R-5 zoning presently allows.

7. How many residential units are planned for the site?
After extensive review and input from the community, HPHA and RHF believe the project can support between 800 rental units.
8. What kind of units will be developed on the site?
It is recognized by both HPHA and RHF, that with our increasingly aging population, there is a demand for affordable senior housing that needs to be addressed, and that specific market will be addressed in some percentage of units that will be provided. There will be NO new public housing units built in this Project. No for-sale units are currently being contemplated.
9. Will there be uses other than residential units on the site?

Yes. The RFP calls for a new office building of about 30,000 square feet to replace the existing HPHA offices to be demolished. There will be a small amount of commercial space at ground level.

The “common amenity space” may include the following uses: 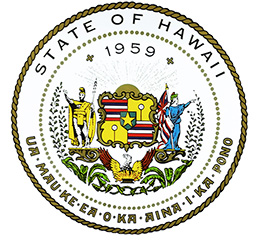 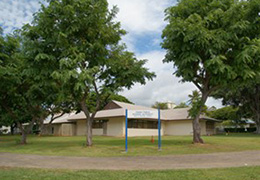